Exclude Files and Folders via Filter 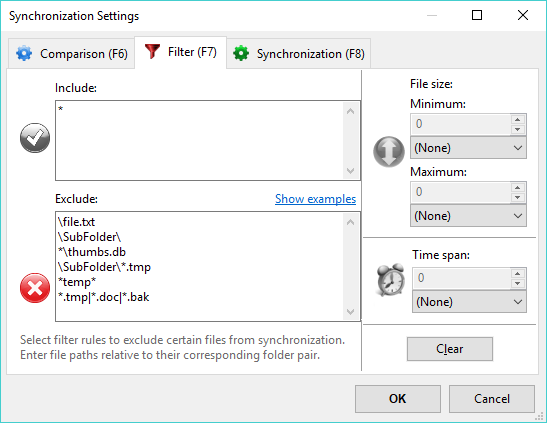 Files and folders are only considered for synchronization if they pass all filter rules: They have to match at least one entry in the include list and none of the entries in the exclude list as presented in the filter configuration dialog.

The following filter phrases assume a folder pair C:\Source <—> D:\Target and can be used for the include as well as exclude filter.

Set *: as include filter to match all files, but not folders. During synchronization some excluded folders will still be created if needed, but only if they contain at least one non-excluded item, that is, when they are not empty.